Always fascinated by moving scenery, storyboarding was important from the start I wanted the world of Don Quixote to show his story bound by inexorable fate. For this design I took inspiration from part of a poem from the Rubaiyat of Omar Kayyam: "...And that inverted Bowl we call The Sky, Whereunder crawling coop't we live and die, Lift not thy hands to It for help - for It Rolls impotently on as Thou or I." 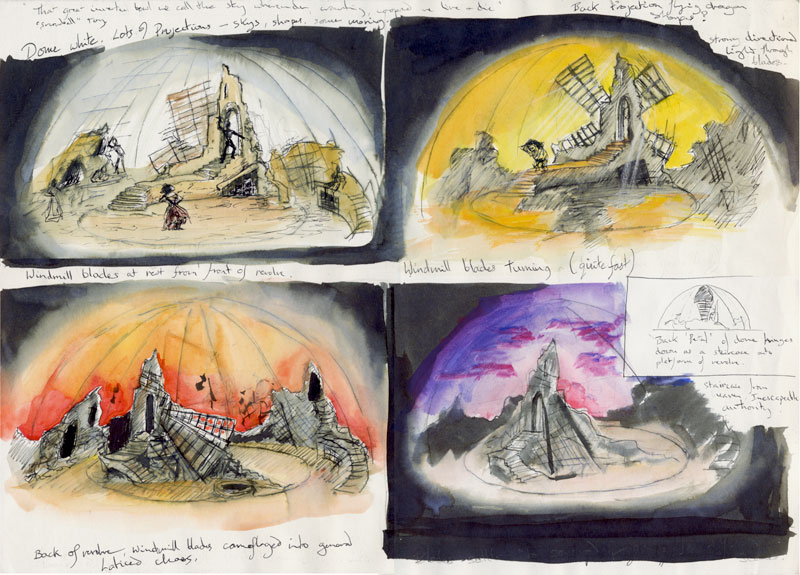 The set was to be under a dome of back projection material backlit with blended projectors to change the scene from anything from sky to dungeon, and enable effects such as Don Quixote charging the dragon/windmill, with a multipurpose moving set on a revolve under. 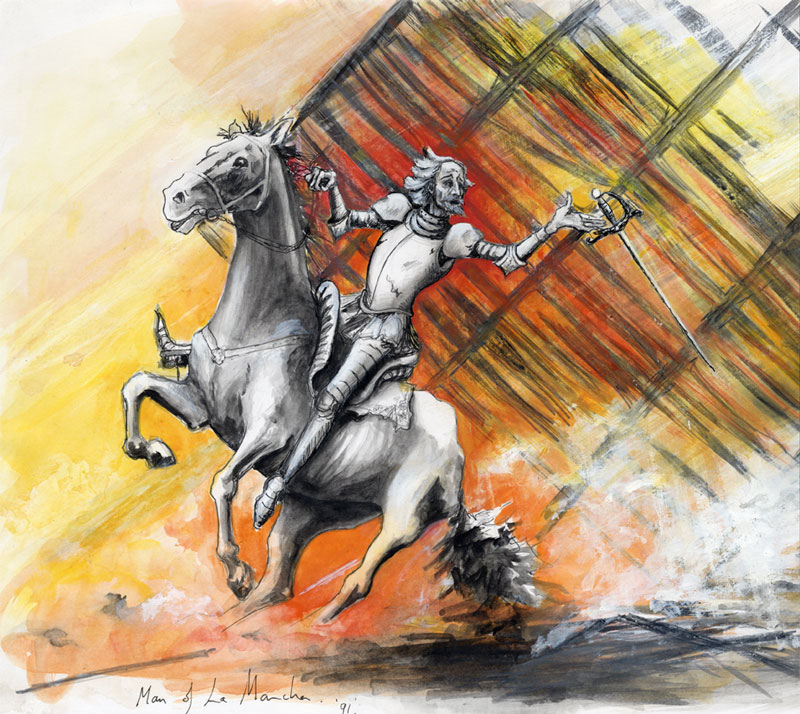 This was a fascinating project. The concept was to recreate the experience and claustrophobia of being in the gun turret during a battle. This required much research to get right. As no record of the chain of orders in the Turrets existed, the IWM put me in touch with some ex-servicemen who told me amazing stories over tea in HMS Belfast's cafe.
Their stories formed the core of the script for the project. 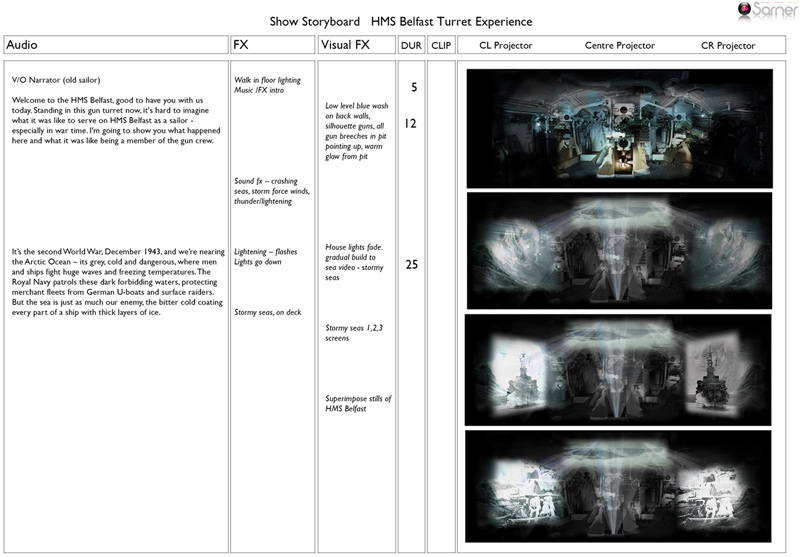 This was a challenge. How to tell the story of why the Super Sewer is so important in an engaging way, in a manner that people of all ages and levels of English would be able to follow, and in under 4 minutes dwell time. I decided on a Son et lumière approach with hardly any spoken word. I found this impossible to script in a traditional way and so gathered sound effects, music and images and composited them together as an animatic. 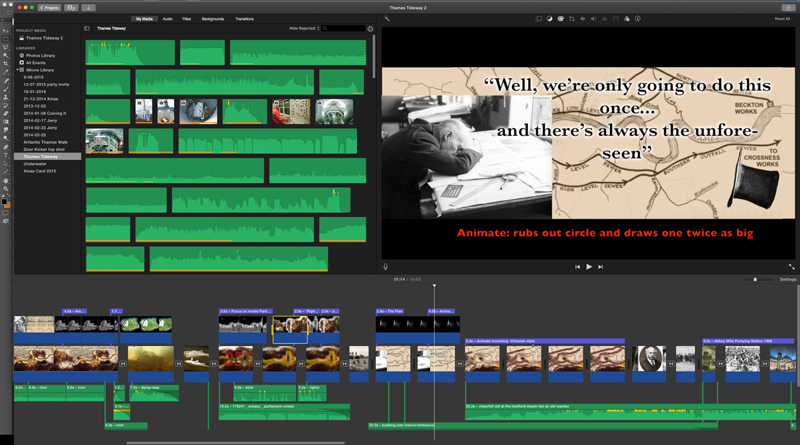 From this animatic I made a script with timings and then the animation was created from this framework, largely using the same soundtrack and some of the images. The 3D projection Mapped movie that resulted has been very successful and people do stand and watch it all the way through, even though it is competing against sharks and penguins in that venue. 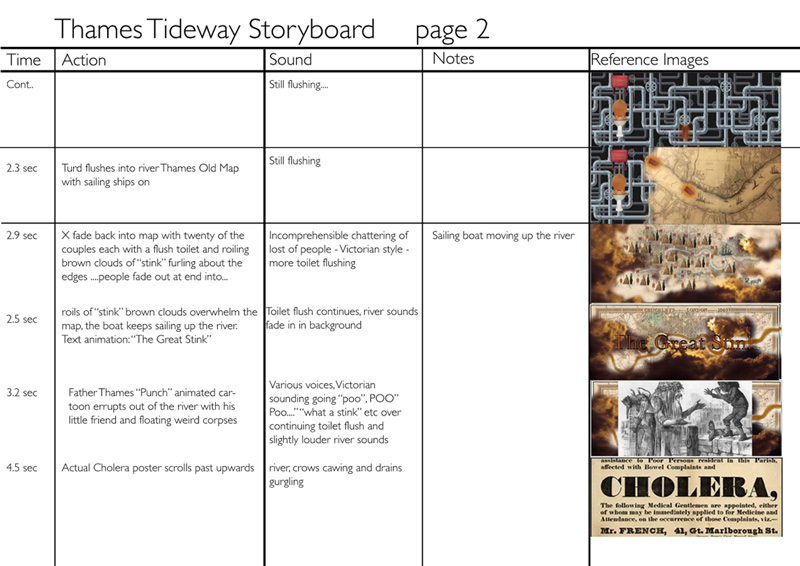 Three films for the Penguin Point job. One of the year and day cycles, one of the behaviours (which was originally designed as in interactive but was changed to a film for operational reasons) and a film about the important conservation work being done in the Falklands. Again these developed from the research and film clips I found as simple sound and imagery films as I did not want an intrusive voice-over to dominate the area and detract from people's enjoyment of watching the birds. 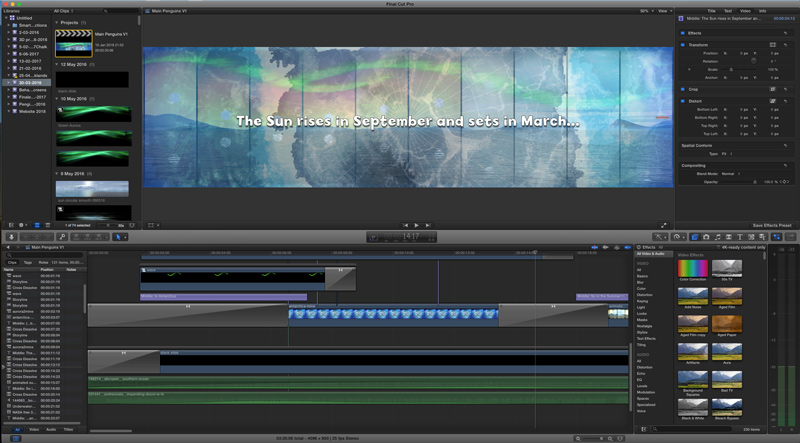 Stills taken from the 3 projector "Life Cycles" film I wrote, designed the graphics and soundtrack for, and edited 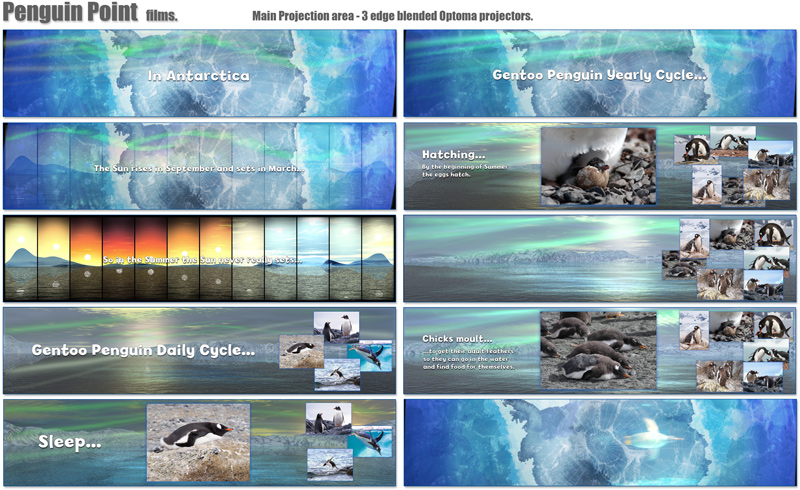